12 Inspiring Artists in the World of Modular Synthesis

Enjoy these 12 groundbreaking artists who will inspire your next modular patch.
322
Shares
322
0
0
0

Modular synthesis has never been so hot. Artists are diving deep into the beautifully chaotic world of modular and reemerging with soundscapes, tones, and textures – taking music to new places. Manufacturers such as Make Noise, Moog and Korg are innovating at a rapid pace bringing out semi-modular units at affordable prices to match the artistic demand. The world of Eurorack DIY is in pure growth mode with the likes of EricaSynths and ModularAddict supplying modular Kits, PCBs, panels and parts to those who want to go even deeper.

On top of that – the incoming Ableton 10.1 update includes various CV Tools modules that enable artists to receive/modulate CV between modular CV-based gear and Ableton by using a compatible audio interface. The world of modular is about to explode even further.

First up, the incredible modular patching and composition work of Gabriel (@cvgabrielmnz) every new track he puts out – takes you to whole other dimension. Check out his latest piece entitled: let’s go and find things. Hoping to see an official tape release in the works soon.

If you’re in Barcelona this coming June (1st/2nd) Get tickets for Primavera Sound 2019 where Caterina will be performing Ecstatic Computation live.

Omri has a brilliant Youtube channel where he shares his work with VCV Rack – a free open source virtual modular synthesizer. Not only does he share in-depth tutorials videos about specific modules and techniques – he also shares the music he creates too. IMO he’s one of the best entry points into the World of Modular Synthesis right now…download a copy of VCV and subscribe to Omri’s Patreon where you can download the patches he makes and learn about each module/modular synthesis technique.

In this video below Omri shares his first VCV Rack and new Eurorack case.

r beny is the electronic ambient project of San Francisco artist, Austin Cairns. Cairns uses modular synthesizers, samplers, and tape loops to weave together a sonic bouquet of organic textures, blissful waves of drone, and decaying melodies carved out of mountains of noise. The end result being sublime masterpieces of enduring beauty.

If you’re in Brussels on the 10th June – he’s playing at the AB Salon. Get Tickets.

This video below not only inspires you musically, it’ll inspire you to never take a vacation without you’re modular again…

L.A Beat scene pioneer, master of the monome, and all round creative force Alfred Darlington (Daedelus) has embraced the eurorack format and as with everything he does – taken it to new heights. Check out this performance on AdultSwim – “Monstrous Moonshine”

A true Modular Techno improvisation extraordinaire – check out this video for a lesson in hypnotizing Jazzy Techno sequences and mind-bending polymetric rhythms.

Surgeon is the pseudonym of Anthony Child, an English electronic musician who releases music on his own labels Counterbalance and Dynamic Tension. A long time Techno veteran, Child has moved on from two decks and a mixer to playing Modular live at Clubs around the world.

Datach’i is Joseph Fraioli, a Brooklyn based electronic musician and sound designer who has pushed the limits of audio dating back to his 1999 debut album 10110101=[rec+play]

His System LP released in 2016 is full of majestic modular delights with no external computers or sequencers used on the album. DAWless producers/dancefloors in awe.

He currently works at Google working on Environmental Audio for Google’s DayDream VR Platform and Google Earth VR. Not only is he a prolific sound designer – he’s a master of modular…

Suzanne Ciani is an electronic music pioneer and five-time Grammy award nominated composer who has pushed the boundaries of sound over the span of her 40+ year career. From arriving in New York in 1974 with nothing more than clothes and a Buchla synthesizer to playing sold out shows around the world with her quadraphonic sound setup. Ciani has innovated herself to the forefront of electronic music – Electronic music that has heart and soul.

Who else would you add to such a list of inspirational Modular Synth Artists? Drop a note in the comments below… 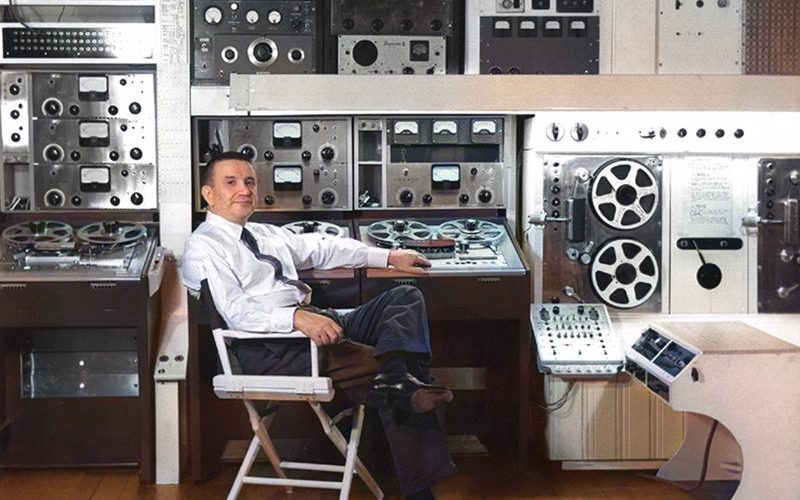