From Eventide to Universal Audio: Explore the Studio Rack Used to Create the ‘Thriller’ Album

One particular record – Michael Jackson’s ‘Thriller’ – will go down as their magnum opus with Swedien’s extraordinary mixing and unorthodox methods combined with Jones’s magical arranging and orchestrating composition skills. Over the course of 8 months in 1982, the ‘Thriller’ album was recorded at Westlake Recording Studios in West Hollywood, California and went on to sell over 47 million copies.

Want to re-create the magic in your studio?

Here’s a breakdown of the rack-mount gear they used in the studio to produce ‘Thriller.’ For those that don’t have a $28,000+ studio budget and access to great studio repair technicians, I’ve listed some modern-day alternatives and links to ITB software emulations where applicable.

Later on the DDL 1745M (“M” for memory) was released. The updated version was able to delay audio with much finer resolution and to vary delay relatively smoothly which also made pitch change possible. The DDL 1745 digital delay was inducted into The NAMM Foundation’s TECnology Hall of Fame in 2018.

The Technics M-85 was the first stereo cassette deck to feature a Quartz D.D. System in the World. Built in 1978, Technics developed a new capstan drive D.D. motor that was compact and boasted high power and high performance. The digital FL display provided a wide display range and accurate response, allowing precise setting of recording level.

Swedien potentially had access to an early version of the 8200. The GML 8200 is regarded as being one of the highest-quality EQs available and renowned for its incredible detail, resolution and clarity, making it ideal for very precise and surgical-style EQ work for high quality audio. The 8200 is a staple fixture of many top-tier mixing and mastering engineers. The EQ was designed by George Massenburg, a recording engineer, who is a key figure in the development of parametric equalization. Massenburg, masterfully walks you through the 8200 below…

The Universal Audio/UREI 565 “Little Dipper” filter set combines computer aided active filter design with space-age integrated circuitry. It has some of the tightest band filters ever made, and is most famous for this incredibly tight 5% Q on its dual-band filters.

Distort time and space with the Eventide 910 Harmonizer. Released in 1975, it was a digital multi-EFX device from the future. With its unique combinations of pitch shifting, modulation, and delay, the H910 would make its way onto countless ground-breaking tracks by artists from AC/DC to Frank Zappa. One particular record that heavily incorporated the Eventide 910 effects was Bowie’s Low album produced by Tony Visconti. Visconti, described the H910 as digital processor that “fucks with the fabric of time” on a pre-album phone call to Bowie and Eno. Bowie dropped the phone and was sold. Visconti was on the money – time and space were truly altered…

The Distressor of the 70s – The Inovonics analog solid state compressor/limiter was extremely hot with LA recording studios in the 1980s. Recording engineers were using it exclusively on their kicks and snares. Pretty hard to come by – they can bring a unique color/sound to your mix.

The Dolby 361 – Noise Reduction System is designed to reduce tape hiss on analog tape machine recordings. Producers pushed the device further discovering that simply recording a Dolby A-encoded signal onto tape then leaving out the decoding stage during playback would produce an artificially bright-sounding signal – basically hacking the 361 into an exciter. Using the 361 this way would produce a sweet high-frequency detail while tightening up the mid-range to boot. Nice.

The Orban 526a is a de-esser (deesser) is a simple to use dynamic sibilance controller. The 526A attacks in approximately 1mS and recovers in approximately 10mS. It can thus act on sibilance without affecting surrounding vocal sounds. Tame those “s,” “f,” “t” sounds with amazing precision. Key piece of kit for Phil Collins’ signature vocal sound in the 1980s.

The Eventide H949 is more than likely on every hit album made in the 70’s and 80’s as this piece of gear was in every rack, in every pro-studio around the world. It was built on the legacy of the H910 pitch shifter, the H949 was Eventide’s first de-glitched pitch-shifter.

Released in 1978, the Lexicon 224 was one of the first readily available digital reverb units in the world. As used by Vangelis on Blade Runner – the Lexicon 224 would make up a big part of the music and movie’s atmosphere, transforming audio passing through it into ethereal, surreal, swirling ambient beauty.

Swedien listed the Lexicon 480 LARC as the device used – but the 480L didn’t come out until 1986. The ‘Thriller’ Lexicon could be either a Lexicon 224 / 224X, an early prototype of the 224XL, or could it be that Swedien and co were using an insanely early prototype version (4 years prior to release) of the Lexicon 480L? Quite possibly.

Super rare classic french exciter/de-esser. No equivalent quality on the market. A somewhat black box – if you see this unit for sale, let us know!

The UREI 545 features four sections of Parametric Equalization; each continuously variable in bandwidth, frequency, and boost and cut. You get two end cut filters tunable over a wide range for bandwidth restriction. The 545 is a somewhat under-the-radar outboard piece of gear that gives you that 70’s vibe. Works especially well on snares and guitars. Great look and feel to boot.

The Universal Audio 1176 Compressor/Limiter was first introduced in 1968, another classic audio tool created by Bill Putnam Sr. The 1176 uses a Field Effect Transistor, or FET, as a voltage divider to accomplish the task of compression, in conjunction with I/O transformers and a Class A line level amplifier. The 1176 was meant to be a “true peak limiter” with a very fast attack of up to 20 microseconds, and lots of gain for a compressor: up to 45 dB!

‘All-button mode’ or ‘British mode’ is achieved when all four of the ratio buttons are pressed simultaneously…pushing the ratio somewhere between 12:1 and 20:1, and the bias points changing all over the circuit – producing a trademark overdriven tone.

The LA-2A has a sonic character that makes it sought after by many recording engineers. Originally Invented by James F. Lawrence II, founder of the Teletronix Engineering Company, the LA-2A was later acquired by the Universal Audio group owned by Bill Putnam alongside the whole Teletronix broadcast division. The LA-2A works magic on drums, bass, vocals…

The DBX 160 is a legendary piece of vintage analog audio gear. It’s a truly great sounding compressor that works for just about any application but shines through on drums – from kicks to snares, toms to overheads, delivering that famous “punchy” DBX drum sound. It’s surprisingly good on vocals, too.

Enjoy this video by The Vintage Musician (Wes Maebe) on Youtube walking you through the DBX 160..

This video contains audio output of vintage 1987 Urei LA4’s in stereo mode used to master a song to cassette tape. The ratio was set to 2:1 and they had about 2-3dB of gain reduction.

A classic compressor up there with the likes of the 1176, LA2A, LA3A and Distressor as an essential audio compression tool (with the added bonus of being at an affordable price). The DBX 160X is a single channel compressor/limiter that features an exclusive combination of the DBX Over Easy and “hard knee” compression characteristics.

Now that’s a rack – with the above gear you can now go on to create one of the most popular records of all time and sell 47 million records (well maybe switch the sales to streams in this new world of silicon dreams). You’ll also need the legendary mix engineering skills of Swedien and the composition chops and musical genius of Quincy Jones…

I highly recommend the book ‘In the Studio with Michael Jackson‘ that Swedien wrote about his time recording Thriller – where he shares his mixing insights and gear used. This 1-star review from Amazon should be enough to entice you… 😉

“First, this book has very little material on the great Michael Jackson. It’s all about Bruce Swedien. I bought it because of MJ, and the title certainly leads one to believe it’s about MJ, but it’s not. It feels intentionally misleading. Would the book sell many copies if MJ wasn’t in the title and the cover picture? Of course not. Yet MJ is infrequently mentioned in the book. And when he is mentioned it’s usually not in an interesting of revealing context. Instead the book focuses on which hardware Swedien used in the studio.“

Thank you Bruce Swedien for crafting a masterpiece of a record and inspiring mix engineers around the world. 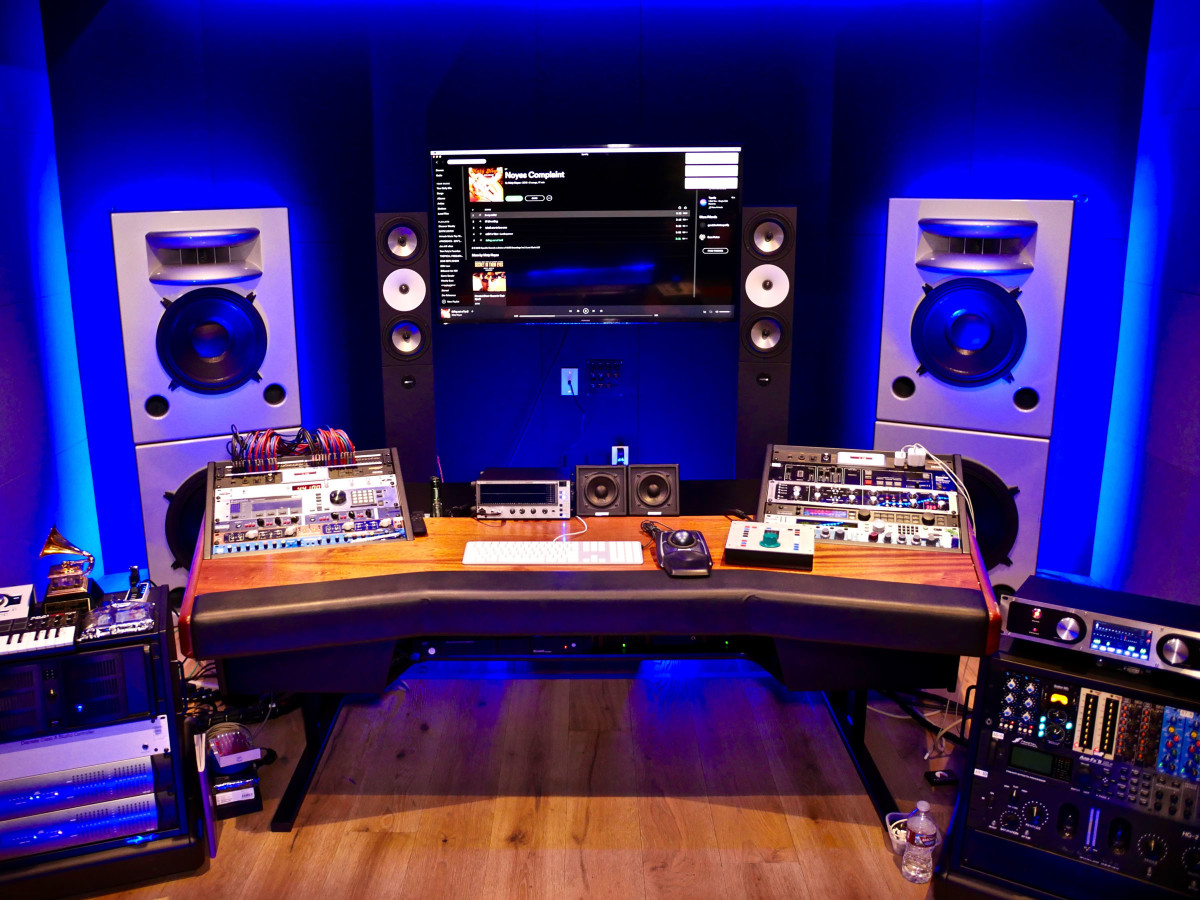 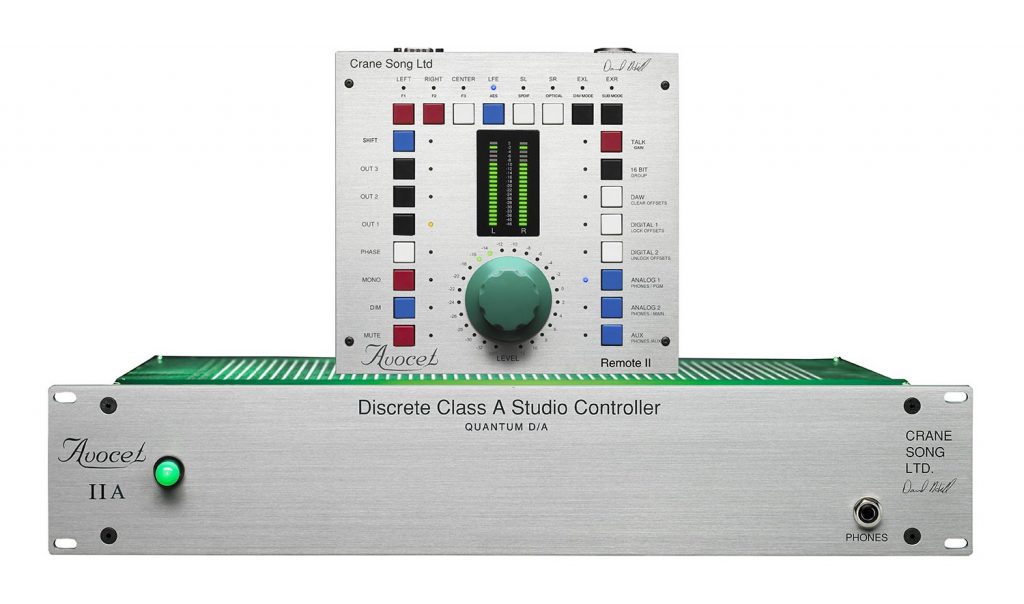 The Crane Song Avocet is designed to solve the problems of accurate monitoring and volume control as required by studios and mastering rooms alike. The Avocet controller has three digital inputs, three analog inputs and a headphone system. 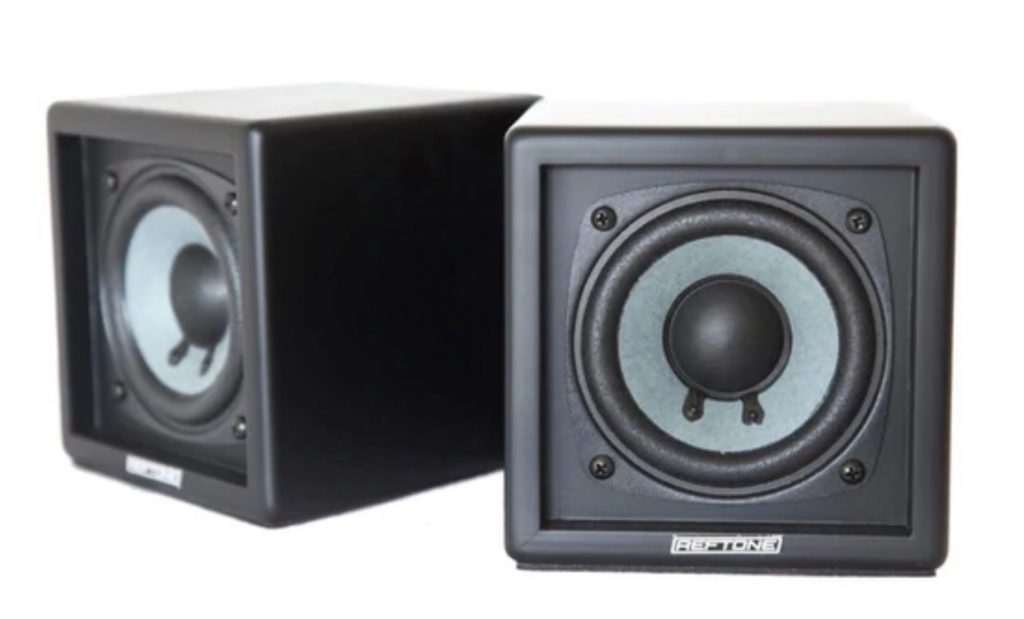 The Reftone 2LD reference monitors are modeled on the original Auratone 5c speakers. The Aurotones also known as 'horrortones' are speakers that sound like hell! If you can get your mix to sound good on these speakers - you've got a killer mix on your hands.

Alternatives to the Reftones/Aurotones are using an old school ghetto blaster, bouncing your track to your phone (the device the majority of people listen to music nowadays via streaming services...what a horror show, eh!). The Reftone company is ran by Dave Hampton who built custom versions for Prince & Herbie Hancock.

The Black Box HG-2 is a distortion unit inspired by the Thermionic Culture Culture Vulture. The HG-2 is an incredible piece of outboard gear...true analogue-tube magic. For those working in the box - Plugin Alliance's Black Box HG-2 is worth checking out.

Kush Audio's Clariphonic parallel equalizer is a mastering engineers dream machine. Once you experience this on your 2-bus you'll never take it off.

Need Vintage 70’s Synths and Keys to Add to The Mix?

The V Collection 7 by Arturia is now on Splice Rent-to-Own. 24 iconic instruments including the Wurli V, Buchla Easel, Prophet V3 and Mellotron.