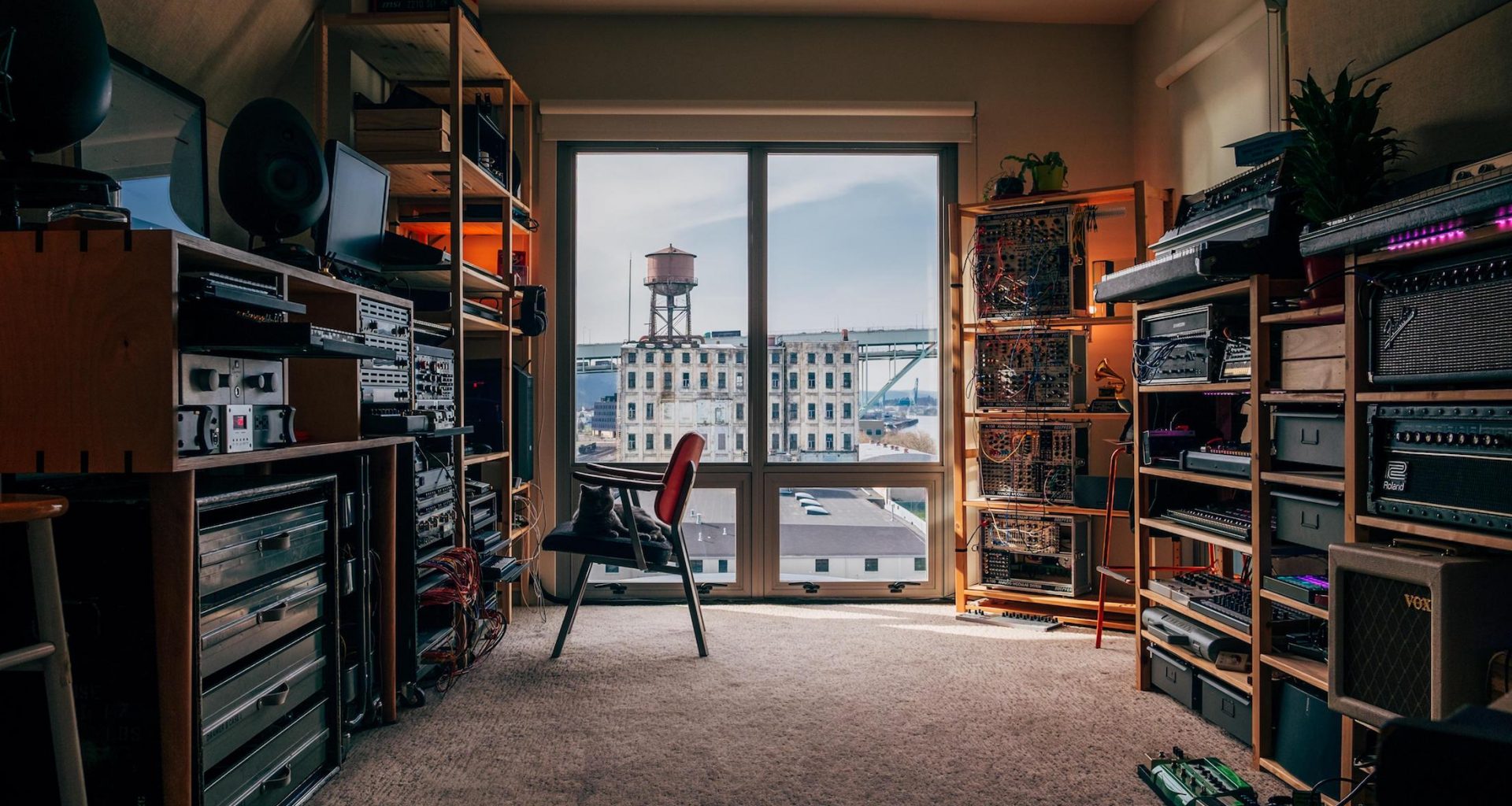 When you think Grammy Award Nominated Artist – you think big high end music studios with a $100k+ SSL 32-channel console, vocal booths kitted out with a $10k Sony C-800G mic, and a wide range of preamps.

Refreshing then to see the home studio apartment of RAC (André Allen Anjos) – a Portland based record producer who received a 2016 GRAMMY nominee for his remix of “Say My Name“, by Odesza ft. Zyra. Yes, the studio is stacked with Modular Synth goodness but this studio is not some out-of-this-world inaccessible studio (Well a GRAMMY would help!). You can see RAC’s studio as a reflection of his music – thoughtful, cohesive, and most definitely creative.

Click on the highlighted music studio gear in the pictures below to learn more about what the gear is and what it does. If a piece of gear is not highlighted – it’s more than likely to be in the studio gear list below.

Note: Some of the links below link to music stores and marketplaces and as a result Spectralplex may receive a commission if you purchase gear via the links (Reverb, eBay, Amazon). 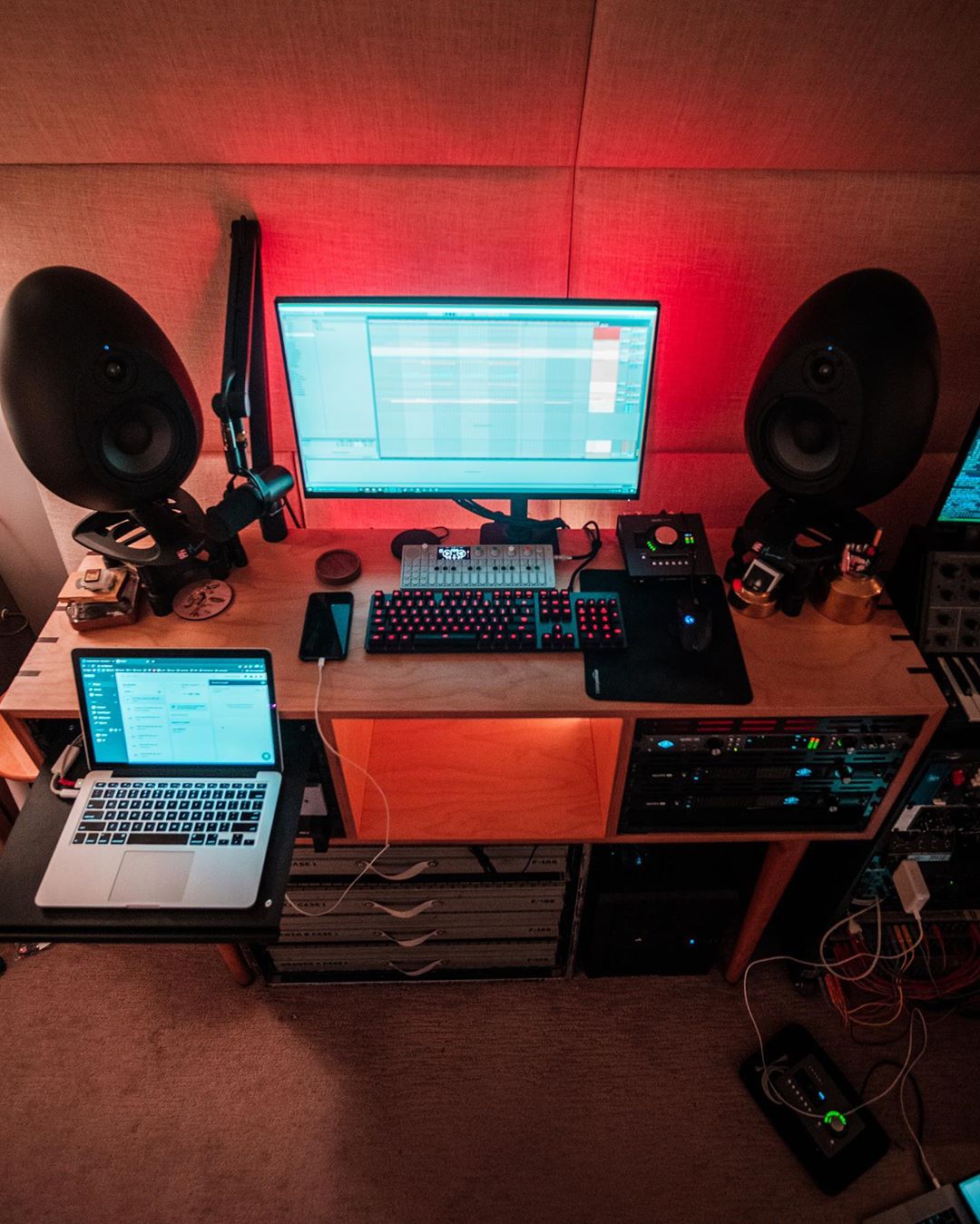 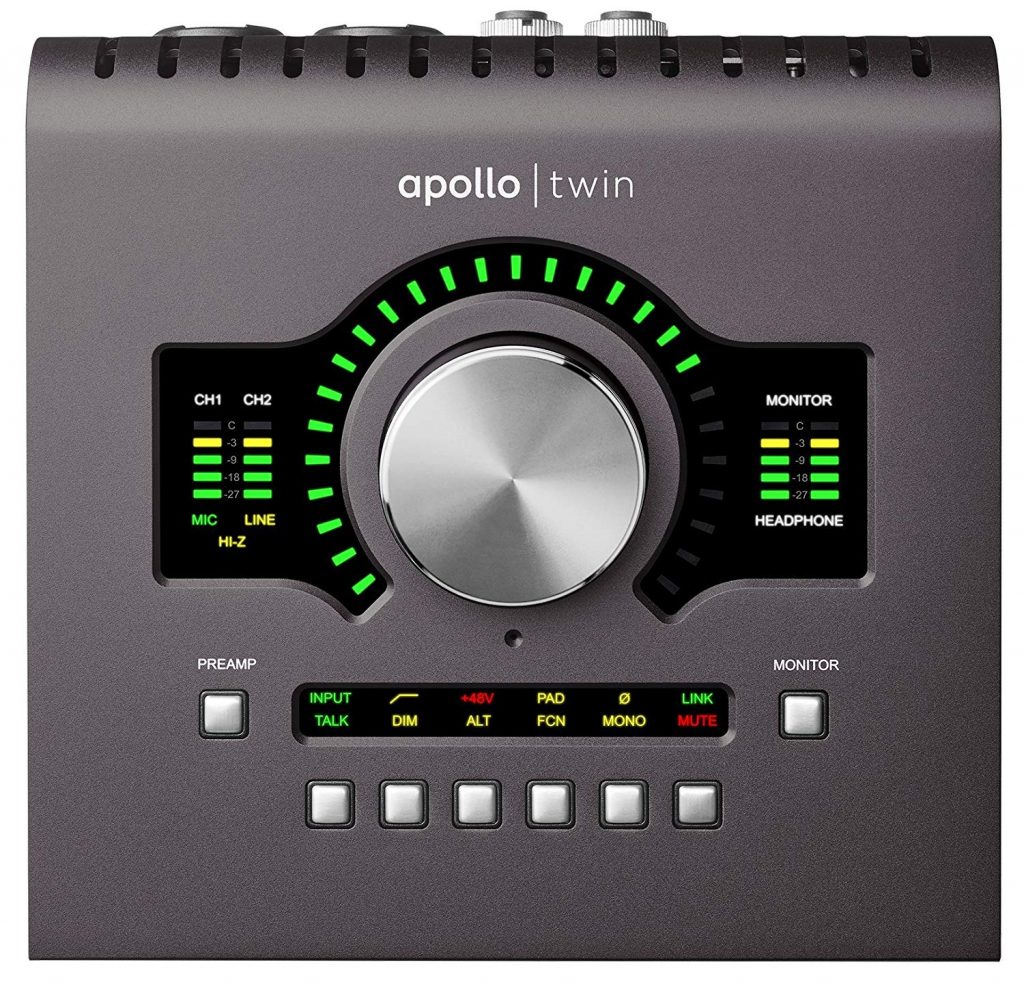 The Universal Audio Apollo Twin is a professional desktop recording interface for Mac and Windows. It's an incredibly clean sounding device, and with the ability to run UA powered plug-Ins in realtime (reducing processing overhead on your main machine) this is an incredible pro interface to add to your sonic lab.

The Apollo 16 Thunderbolt Audio Interface offers Universal Audio's flagship A/D and D/A conversion with absolute crystal clear preamps and zero latency monitoring (perfect for recording bands in real-time). The UA Apollo 16 also boasts a Quad UAD DSP inside the 1U rack - enabling you to run all the UA plugins you could ever need. In the video tour of RAC's studio he shares a few of his favourite plugins - Studer A800, EMT 140, and the Lexicon 224 (full list below). 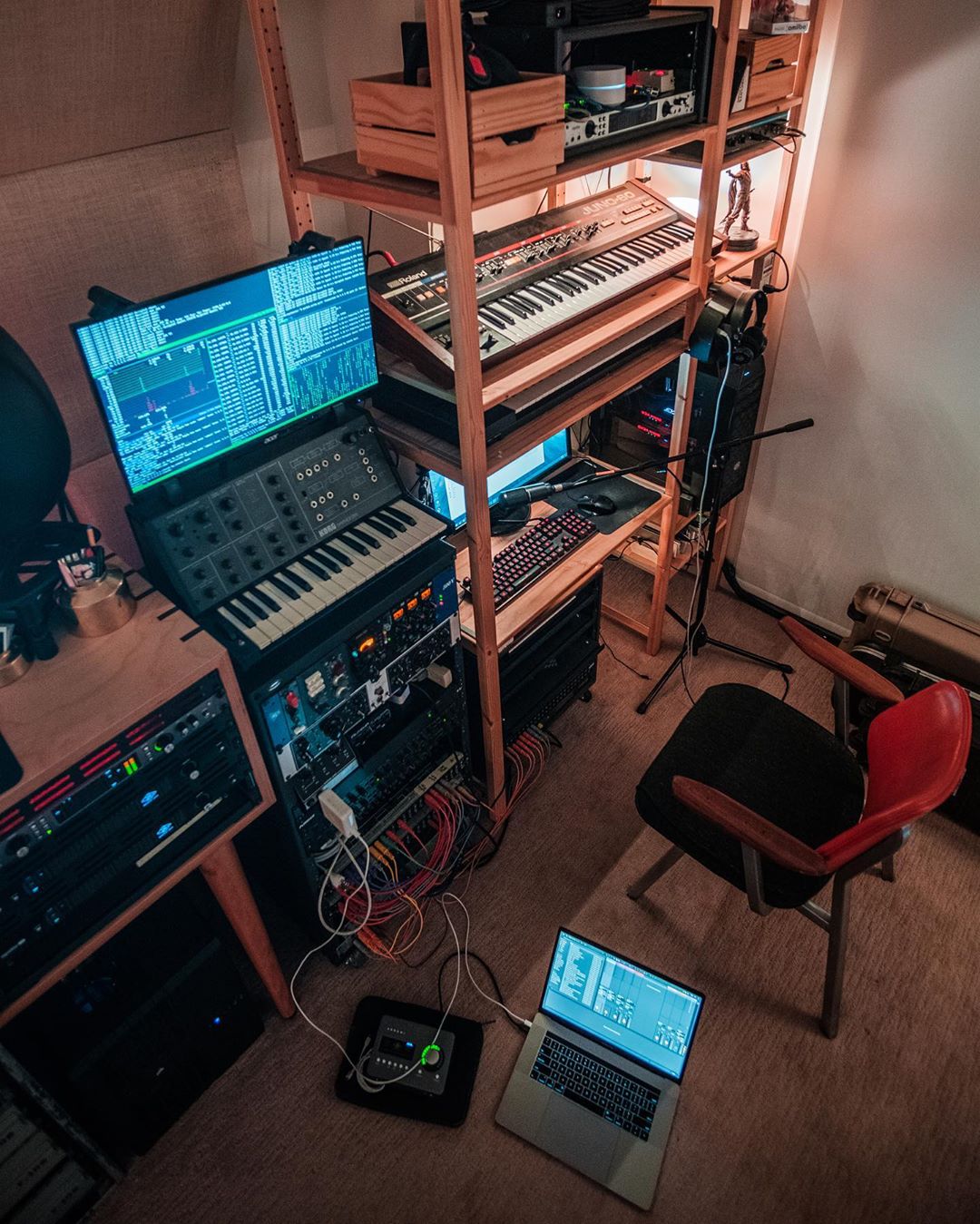 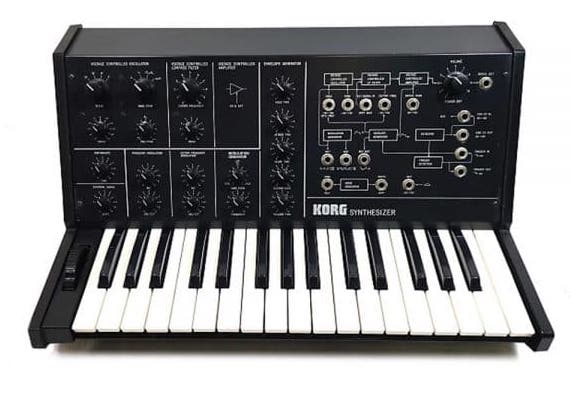 Dancefloor destruction tool - The KORG MS 10 is capable of insanely punchy bass sounds and the low pass filter (IC35) is sublime sounding. As used by The Chemical Brothers, Junkie XL, and Legowelt. 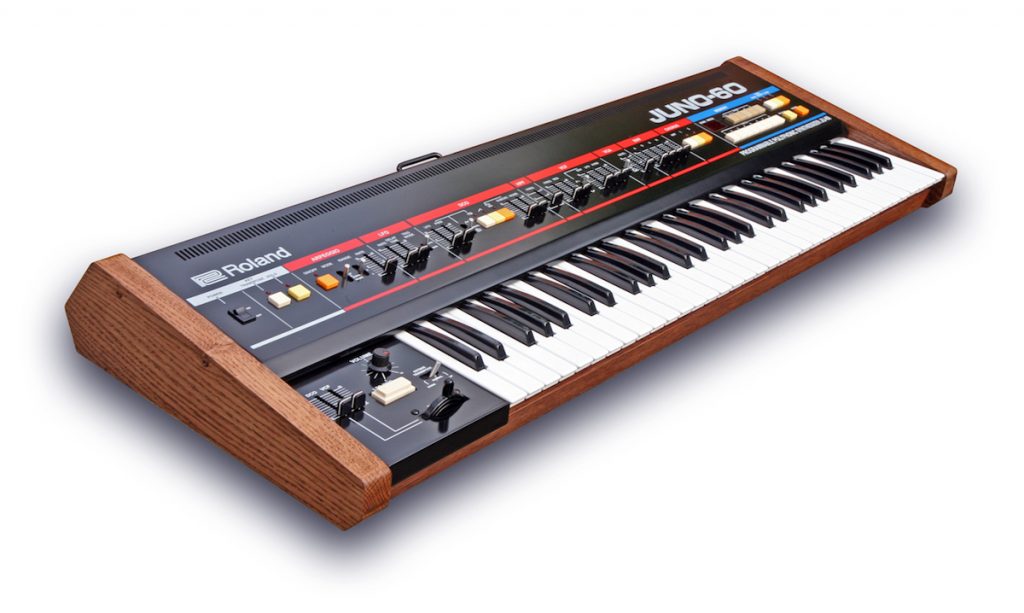 The Roland Juno-60 is an iconic sounding synthesizer made in the 80s. It has 6-voice polyphony and the same filter chip as the Jupiter 8 (the IR3109 filter). Truly beautiful sounding machine - capable of sublime pads! 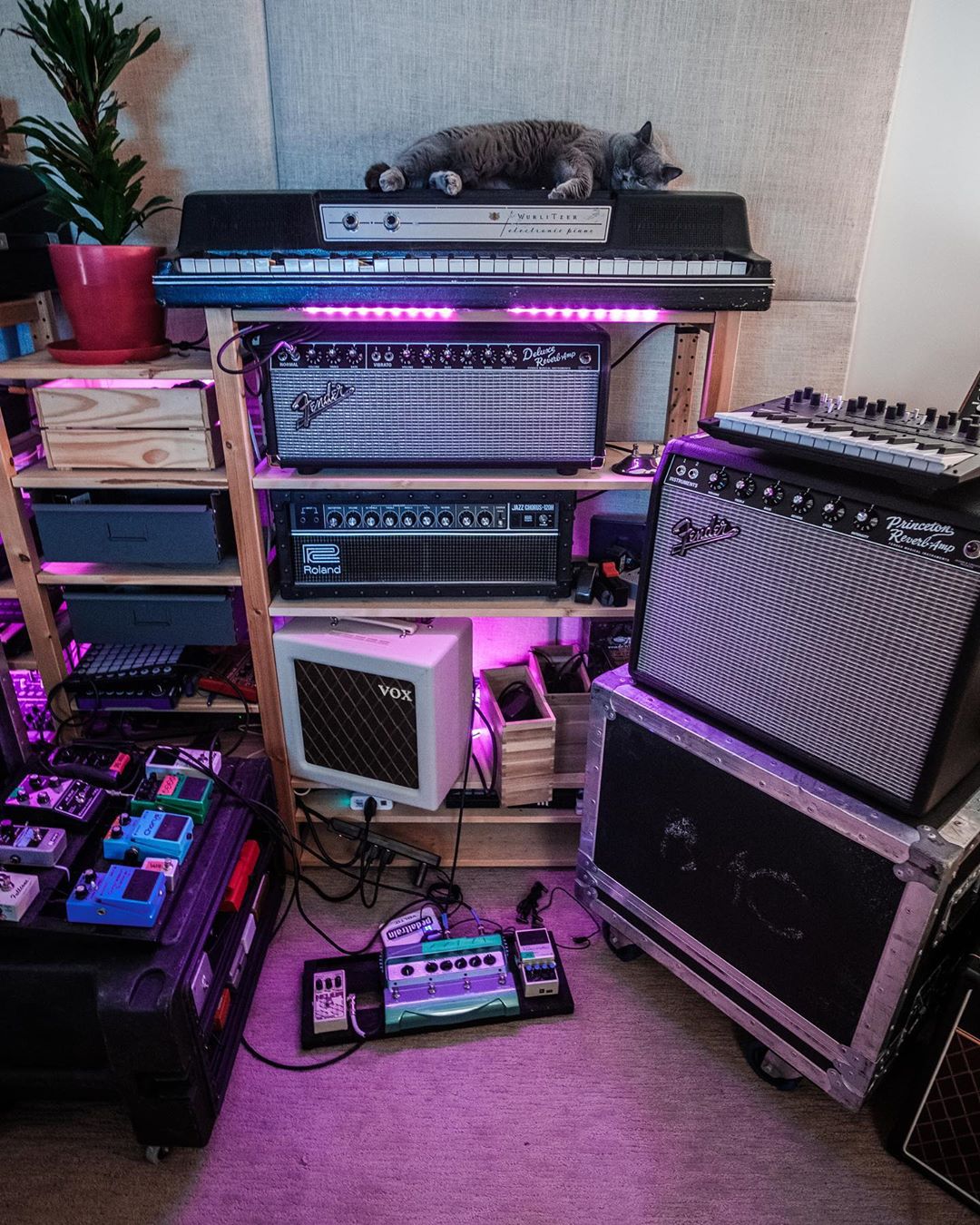 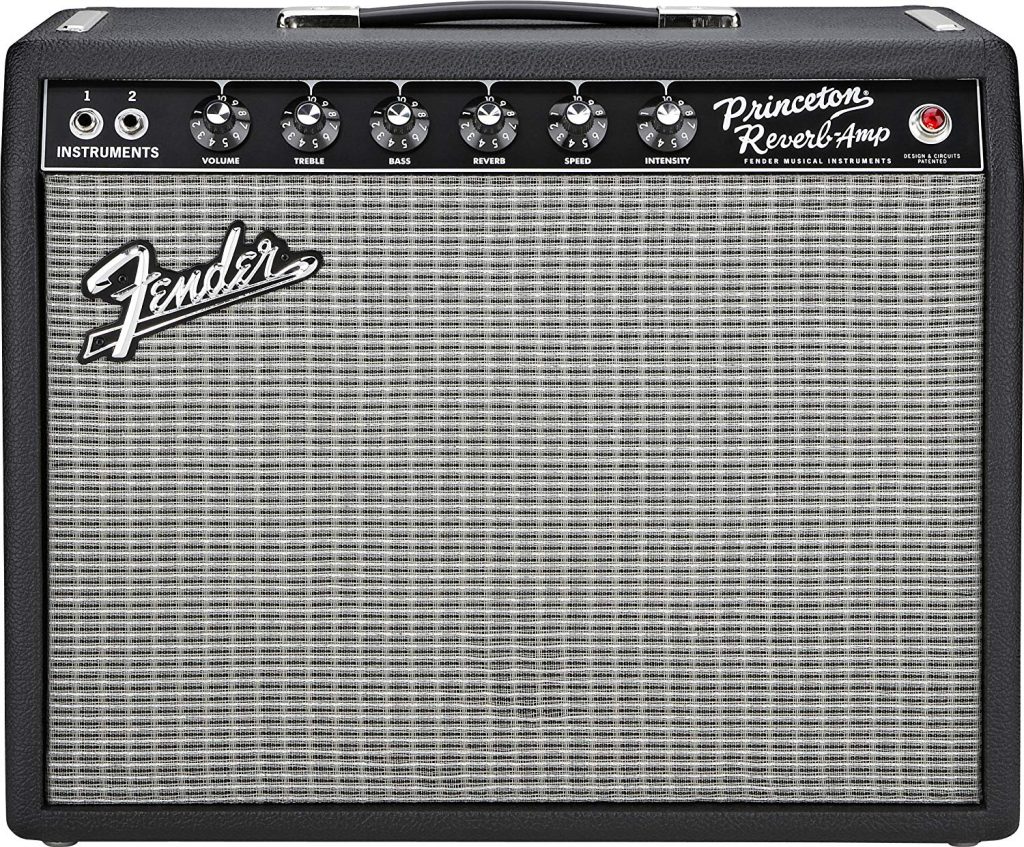 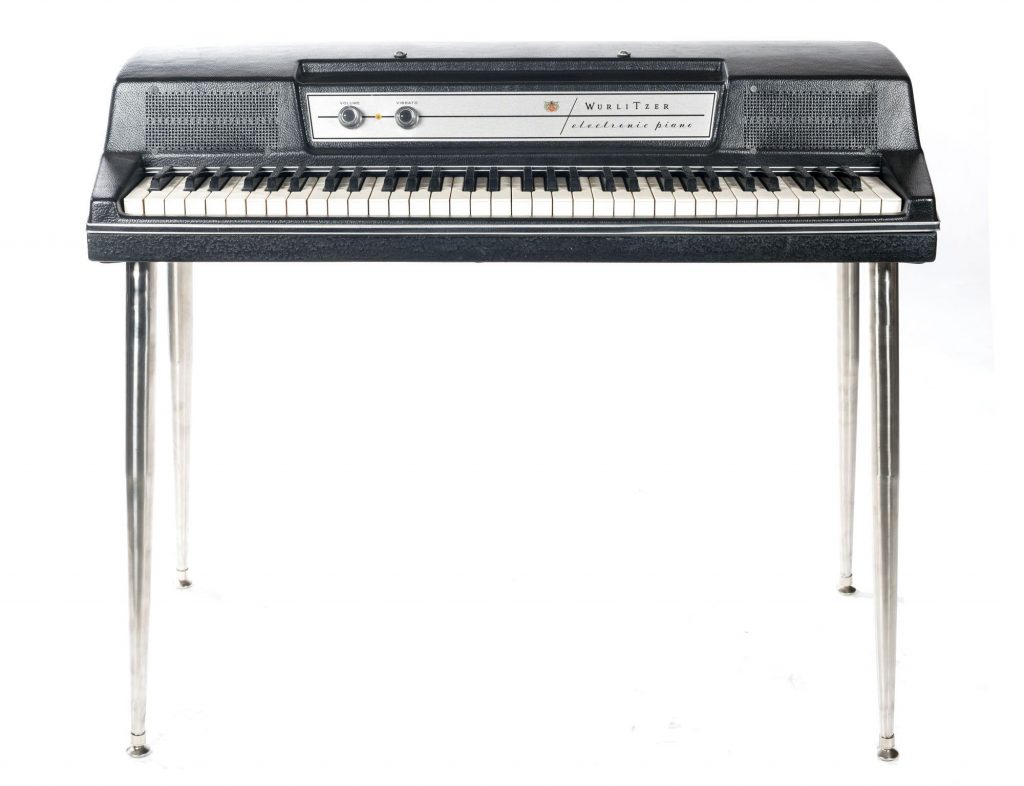 The Wurlitzer electronic piano, commonly called the Wurly, is an electric piano manufactured and marketed by Wurlitzer from the mid-1950s to the early 1980s. 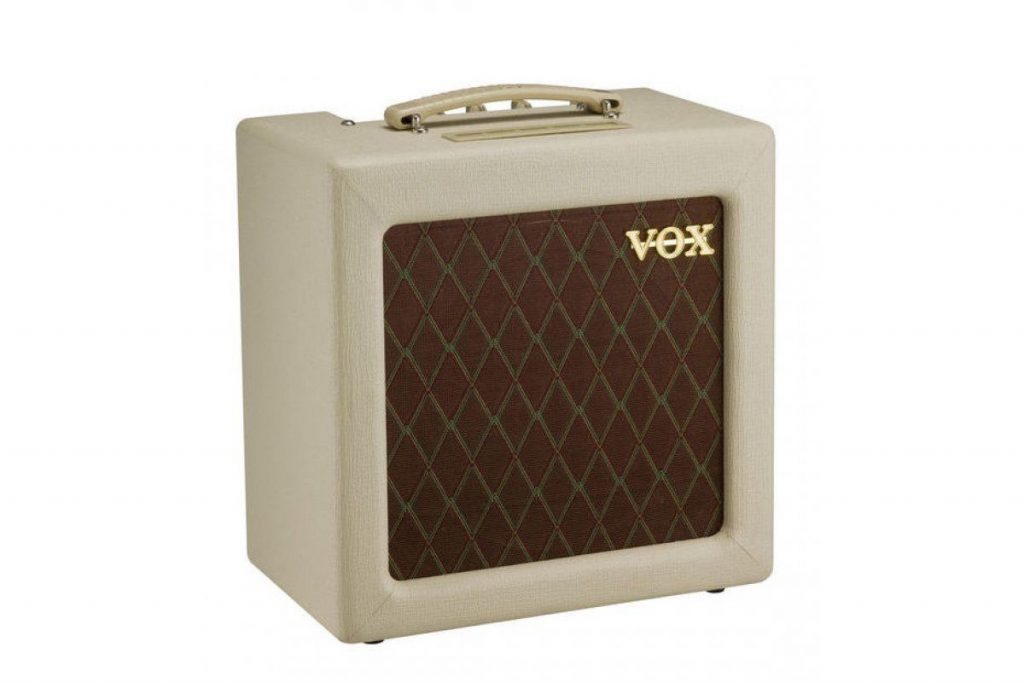 Don't let the size of the The VOX AC4 put you off - this little guitar amp is capable of a huge sound. Get classic Vox tones out of this Celestion 10" speaker. 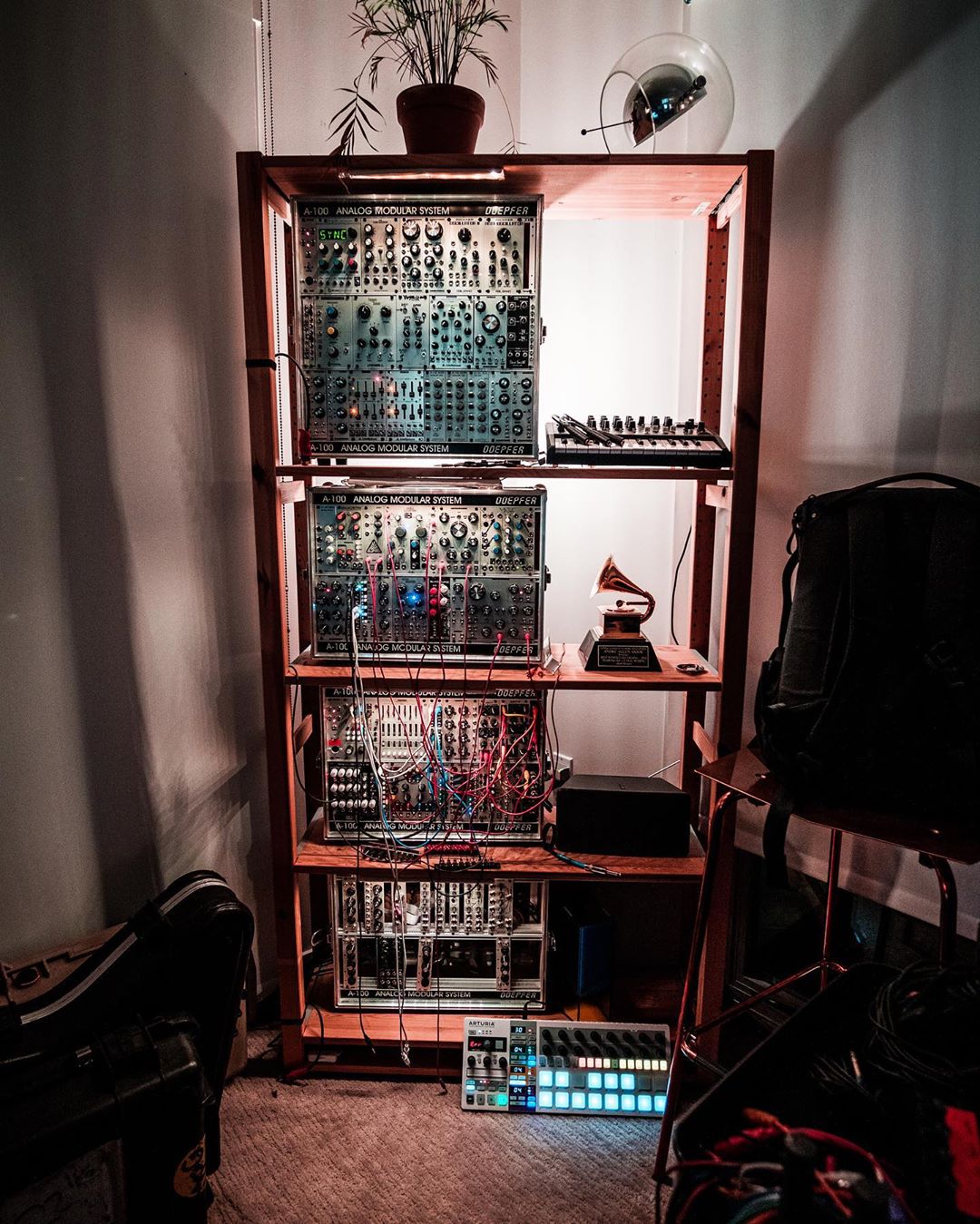 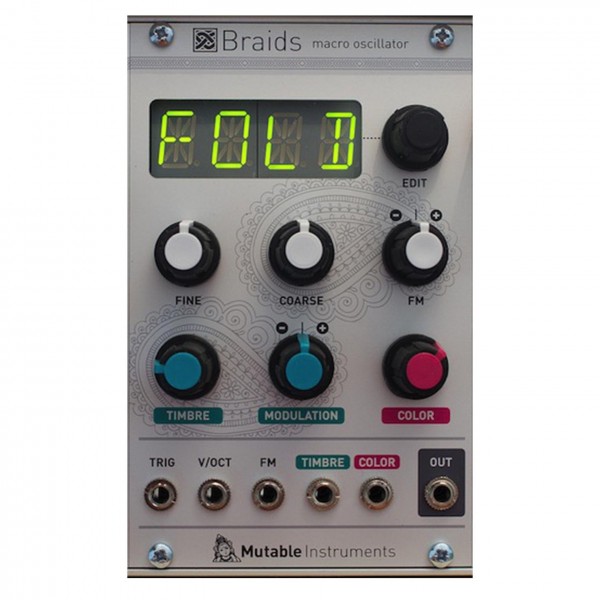 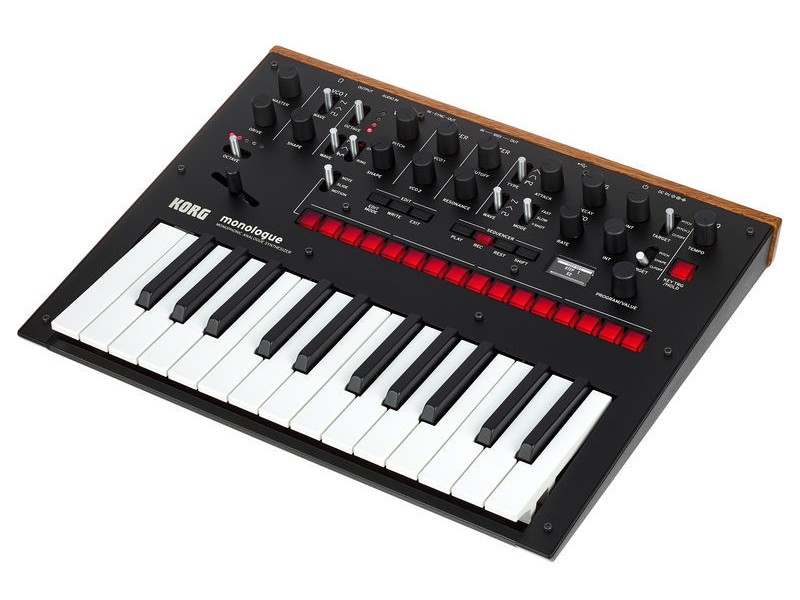 The Korg Monologue Analog Synth is a slimmed down version of the Korg Minilogue - with one-voice polyphony (monophonic), an onboard 16-step note sequencer, and a four part motion sequencer. The presets, sounds and scale were designed by the legendary Aphex Twin.

Look out for RAC’s 3rd studio album forthcoming in 2020. André recently stated that the album will be a huge departure from previous work. Like his ever changing and evolving studio setup – his music is always refreshing and moving.

“One of the most important things, I think is, the ability to know how to use your gear properly, because, if you understand what you’re doing, you can do anything with just one synth” 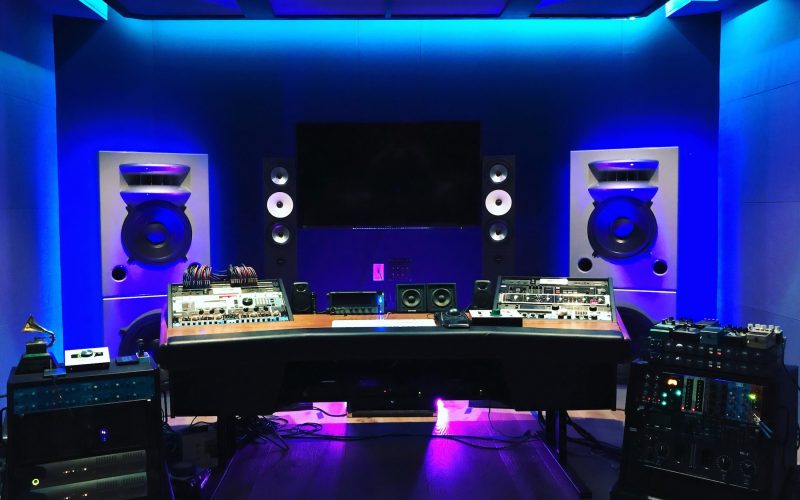